This page needs to be reconsidered.

I’ll do a redesign at some point, when I find a layout I prefer, perhaps. I’m trying to get more practice using my camera. I still love my iPhone and the chance of me switching from an iPhone 7 to a “better” or “updated” model are unlikely, for at least a few years. I’m sure I’ll use it to film things again but I have to transfer a lot of the memories on there onto my Youtube or some other reliable video hosting website that won’t up and delete itself or pretend it doesn’t know that I’m the owner years down the line as I’ve no space for making videos. But as far as updates go – I had a chat with someone today who seemed to agree – Photoshop CS6 is a superior version of Photoshop. The newer versions of anything are not always the better ones, if something works for you stay true to it.

They don’t sell it anymore but you can ring them up and speak to one of their creepy phone guys who will help you to download the old version.

Here is a mini video diary. I am attending Torture Garden soon. Not because I am a huge fan of going out, actually I am a *HUGE* fan of going out but no where seems to play the kind of music I enjoy and no one seems to have been raised well enough to practice good manners in public or otherwise know how to carry out a decent conversation without thinking that they’re being ‘dominated’ or something. I honestly cringe thinking about it.  I’ll be scouting for models who would let me photograph or video them for a project. If I made you love SuicideGirls and GodsGirls, (and I really did) I’ll make you love what I’m making too. And I know there are lots of people who would like me to anime them. I would like to anime you. Go to Torture Garden when I go to Torture Garden. But not if you’re one of my ex “friends” cum stalkers that made my life hell. I don’t want to see any of you again.

I’ve moved to Brighton. My old friends are no more and I’m quite uninterested in making new ones. Here I am at the pier. I wouldn’t advise anyone to visit the pier, the ATMs weren’t working so I couldn’t go on the dramatic trampolines (the staff there were kind enough to advise that I “leave my stuff” beside them while I took money out, as if they didn’t know that I’d need to come back and get it because the ATMS weren’t working – and the staff at the hotdog stand of all places played 50 Shades of Grey with me. They had someone a bit disabled serve me but I know enough about the level of disability that still enables someone to be employable to know that if they’re being rude, they’re copying their coworkers. I won’t go in there again and I promise you – Brighton’s local tourist attraction will suffer for it. Don’t be inhospitable to guests, don’t accept bribes to be inhospitable to guests. Fuck – especially not if they’re PAYING or trying to buy a bottle of fucking WATER. Playing 50 Shades of Grey with women will not make them attracted to you later. If I really need to tell you that, you’re probably disabled too. Try talking to women – if you’re wealthy enough to be bribing everyone they speak to to mistreat them, you’re wealthy enough to invest in plastic surgery too.

Not much of a video diary entry – but the events of this year have rather tickled me.

I felt inclined to upload this note-to-self I’d written. (above)

I suppose if you knew either, you’ll know. #Gonzo
Hunter S Thompson “was” a “sports journalist”. Not the sort to fake a death at all.

Rest in Paradise, Stan Lee. I haven’t authored a eulogy because I don’t believe you’ve left this World at all… You are my very first real-boyfriend’s biggest hero. The last gift he gave me was a very particular Marvel comic. One of the characters looks like baby Ekko. 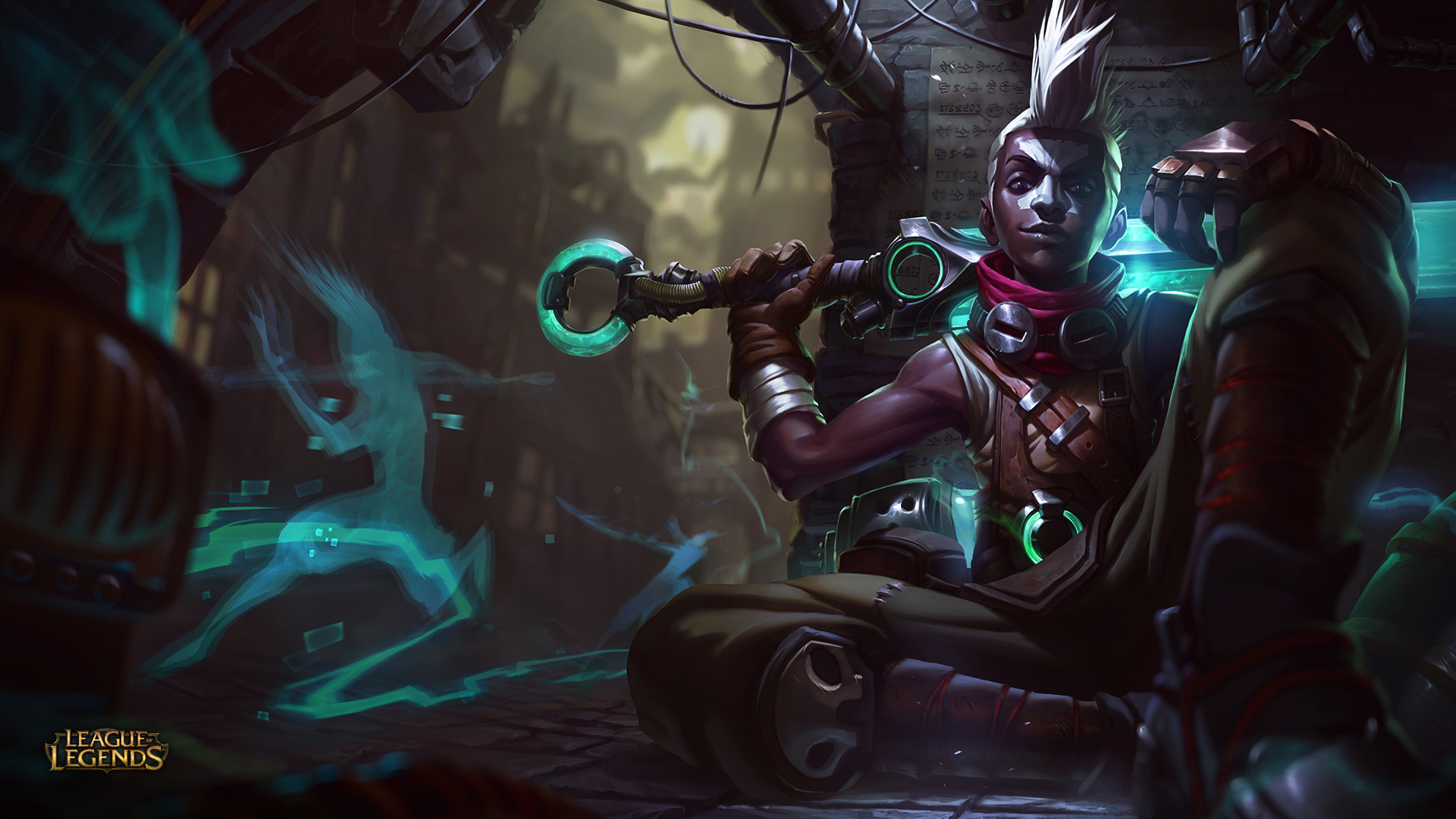 He’s been born – and on his first day to school a video was captured of him walking, like a ballet dancer. That little boy has never studied ballet in his life. “You’re not at all like Miss Wasp” he says to a lonely, severed zombie head. “All your superheroes are already real -” Stan Lee would say to my first real boyfriend – and to Ekko. And we all already know it’s true.

And on the back two pages of this comic – there was an American University being advertised for a course in Film and Games Design. I studied fashion first, then I moved on to study film and now I can even animate. At the very back there was an advert to enlist in the Military. Something I really joked about – a lot – before I ever really looked through that comic. Military, no. Army, yes.

YOU’LL BE BACK IS MY POINT.

So0o I began the day by putting on a Stan Lee video (He’s responsible for Marvel comics – the most expansive archetypal legion ever). I’m putting together a graphic novel so I watched an hour or so long video (while I worked on a set) where he teaches you how to draw your own comic strip.

Back in my stoner-student days, I read a Pharrell Williams interview – where he discussed the habits of “successful” people. I think there was something there about thinking about your creative heroes when you work. So… I’m trying to develop a visual aesthetic for a very strong “personality” that resides in me, and I think that ‘persona’ would be fun for a kids channel. Like – a vulnerable/honest me – very much not a side of me I would ever feel comfortable sharing with human beings again. I’m putting together the channel on YouTube. Ideally I’d like to be a reminder for kids (individuals closest to source) of how to activate their true selves and their abilities!

While I was working I had a lot of memories and I kind of talk about them in this video. Maybe this is the me that would be in the videos for that kids channel. I’m not sure – it’s actually a very unconscious process when energy changes in me.

A reeeeeeally quick one. My sister & I bought a flat earlier this year and she’s moving in, which means I now have an office and a bedroom at my mother’s. I spent the day hauling up a double bed + a five layer water feature made of stone + desk + lamp + loads of other boxes, tidying, cleaning my sister’s floor (that I need to finish painting over) andddd then going over the floor plans for mother’s Penis Island kitchen. I still haven’t been to the beauticians for my nails and to follow up on my moustache-lasering but whateva. I do wa I want. Nono I’ve actually been incredibly busy. I have so much going on right now. Like, i’m doing it all lying down but still – v busy. I missed a class today and I’m trying not to be upset about it because I stayed up til stupid AM working and woke up feeling super nauseous. SO GOOD

I trecked all the way from London to Brighton in a glorious-casual outfit and fierce-super cheap heels only to find that people in Brighton are inherently chill & don’t really dress up for house parties. I don’t go out very often so when I do, I like to dress up. Anyway Oscar, his girlfriend Eve & housemate Nick hosted a really lovely and warm party where I got to meet some incredible local artists (Oscar has contax, man!) & even some fascinating people who had put my jet-setting adventures to shame. I have not travelled enough! We spoke about how we had been influenced by cultures and how integrating with the culture in the UK had kind of stripped us of our own (and how the interior design is almost giving us permission to enjoy our cultures again by taking influence?)

I occupied Oscar & Eve’s bed & hacked his facebook (he left it logged in), replied to all the comments I had left on his FB of ugly shoes that I think he ought to buy, chain smoked on his balcony facing the arcade and the sea & had my hair played with by his girlfriend who is amongst the best at playing with hair yet.

We went out for breakfast, I was forced to wear my mauve slippers that Tintin had peed on/looked like a tourist, I forced Oscar to buy us makeupz & hairclips, we came back, watched Summer Heights High and then they sent me home. Along my way home I bumped into a homeless woman from Essex while I was buying a hotdog, I let her have the hotdog. I’m a good person for that. The hotdog stand closed.. but I whinged a little and the gentleman running it let me have another. I ate it beside a cute couple who were making out & then got the train back to LDN. Somehow it took 4 hours.

I once got told a story about a woman who won a literary competition: she requested the author’s notes on a novel as her prize, I think in lieu of a super-rare-first edition or something. I was really inspired by that story – enough to remember those details at least. I like to paint/scribble/create things and sometimes I find that the minutiae and/or whatever I might be listening to while I do that can be more interesting than whatever I’m creating – or at least gives it some context. I had purchased a hoody designed by a youtuber I like that featured the word ‘Sheep’ on it and that was my biggest source of inspiration. There’s so much meaning in that word.

A few hours in the garden with my mother and designer-chi (a Prince/Egyptian God gifted to me from the Harrods petshop in it’s glory days), Tintin. My mother & I have spent the last few years living separately and finding ourselves as individuals, now we’re living together again… We’re in the process of redoing everything. I wanted to document the state of the garden because it’s going to look beautiful this summer. I spent the day mostly vaping and day dreaming while my mother gardened. She has always been obsessed with gardening, ever since we lived in a mansion in a Desert in Dubai – where she had soil imported (I think from Israel?) so she could grow plants… I remember our visits from the camels herded by bedouins…

My sister has wanted us to buy new grass since we moved in years ago and we’ve just never ever done it, and the garden became a huge mess. But its starting to look so pretty and it will be completely different come summer time.

A serendipitous evening at the Tate with Linda. We bumped into some gorgeous, gloriously dressed strangers whose starsigns mirrored our own, hitched a ride with a vibe-killing taxi driver & had a fun night out. Rendering four girls into deathly silence is a talent