I stole these off Google. I know the photographers deserve credit but I don’t know their names, sorry.

She gets the pregnancy rings I get around my nipples. Isn’t it weird how the Planet treats Queen Bees? Messed up. Queen Bees have extremely painful on the dot periods and generally people steal their eggs and hand them out like candy to women who don’t  actually know how to raise kids but fantasise about it. Queen Bees generally don’t fantasise about raising kids and are terrified of the prospect because they know first hand how being raised by someone who didn’t really understand how to raise kids fucked them up so much. And actually you should be terrified of the prospect because it’s a really big deal. Thats probably how sex education became such a huge fucking lie.  (For example, it takes at least THREE to get pregnant. Not two. “In Love” sounds like a really nice fairytale feeling – and to spiritually inclined people it’s totally addictive – but actually any scientist will tell you that it’s a chemical imbalance in the brain – and that causes fertility.)

Queen Bees are often women who have been pretty badly treated or abused early in life – and these women end up being mediums of some kind – who have had an abortion or experienced being in the company of dead things – and if they have had an abortion – the spirits of their kids often hang around them waiting for their body and even occupying their “mothers”. Nana says she’s “into” anorexia – and a lot of models are – and it’s not just about how hot a person looks when they’re skinny, to an extent it puts a stop to people stealing from you. Most women don’t react well to fertility medication. It has side effects. 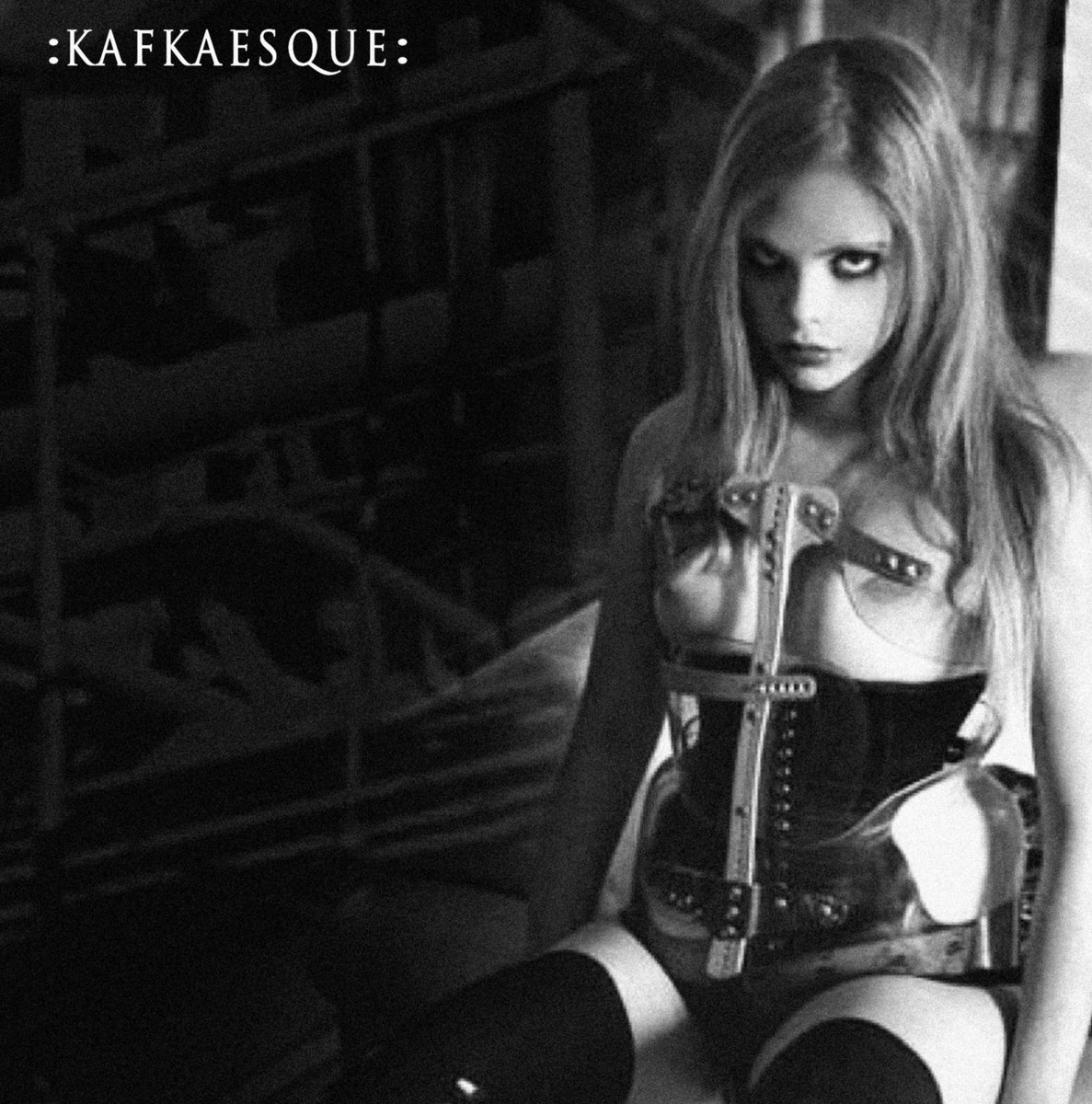 Messed up chic isn’t a look it’s a way of life. I get u bae

Doesn’t she look exactly like the girl on this book cover in this scan? At some point I was having a terrible depression at University and I scanned in some books I’d found at a charity shoppe. >> Here’s the link to that old pinterest <<

Here’s another book I liked enough to document. If you enjoy minutiae … there’s a lot to enjoy. That is a tangerine jumper that came into my possession from a friend of a relative, who had borrowed it. It’s weird how in life things come into your possession by some coincidence and that life will cause some kind of exchange. Imagine finding out – I mean as a child – that your parents “paid” for you with a garment (or even many garments) that essentially meant nothing to them.

There’s a celebrity who arranged for me to have a tshirt – with her name on it, thanks?  -that didn’t fit properly and a bent keyring. If you were to check the dates of the receipt of that stuff and the age of her kids they’d match up. Nice.
I think she also arranged for me and an ex to spend a night at a hotel with a friend of mine – we smoked some joints and got a KFC. It might not’ve been her though. But I preferred that to the shitty tshirt and bent keyring – I did not once use either of those items and really shouldn’t of accepted. I’d never considered politely declining shitty gifts and I would definitely encourage people to learn how to do that.

The thing is – if your family have sort of stolen from you throughout your life, the people that they know will be, I think, quite similarly behaved. It scares me that I am probably the only genuine person anyone I know has known, as a result of spending my life mostly alone.

How cute is Nana? When I was younger I did a lot of art projects inspired by the blogs of the women that posed for SuicideGirls and one time for an A Level I explored the idea of my having a medical fetish – I’d had so many experiences with doctors that it kind of makes sense that I did. She’s a year older than me. She popped up and it was like looking at a girl that had walked straight out of every anime I had ever loved.

I WANT TO HANG OUT WITH YOU AND PLAY DRESS UP AND WATCH YOU DO BALLET AND TAKE A MILLION PHOTOS OF YOU AND WEBCAM ESPECIALLY SO I CAN BUY YOU SHOES AND FEED YOU LITTLE CAKES. YOU CAN SLEEP NEXT TO SEXYMAN

My knee dislocated again three? days ago. It’s weird because I bought a knee brace so I could take some Trever Brown inspired medical fetish photographs a few days ago. Maybe for SuicideGirls, iunno.
It’s kind of upset me, I think, the dislocation but I know it’ll heal fast because it’s already almost better. Can you see how the kneecap is at the side again?

I’ll tell you a secret. I thought of someone for a brief moment (she pops into my thoughts for the briefest second, around about the time I get periods. One time before I went “crazy” I felt the energy of her friends and I felt something tugging at my ovaries – the pain was like little scratches and a physical pull of something being taken out of me.)

Queen Bees often aren’t great at non-physical, some of us can’t see – we might’ve “hallucinated” as children and then being brought up by parents who were afraid of spirit made us stop “seeing”.
I know I can leave my body in my sleep but I don’t see it the way that the guys I know can see and remember when they leave theirs. I only know it as a fact because of that time I overdosed on acid, and called a friend etc. Seeing your friend sitting at the end of your bed after you’ve just called him to tell him that you think you’ve bitten your tongue off is not the acid trip most people expect but it’s what I got.)

Oh heres a moment for a funny story – basically I heard that Lewis Carrol had written Alice in Wonderland on drugs. That was the reason I wanted to take acid. I told my mother in a car journey once that I’d taken it, and she took me to a GP worried that it’d affect me, and he wasn’t all that concerned about it and kind of enjoyed my motivation for doing it. So if you ever have kids and have a drug chat – the best thing you can do, as with anything, is encourage them to find the right motivations for doing them.
I mean if my kid genuinely wanted to do drugs for a reason that wasn’t motivated by the fact that other people were doing them I’d be really interested and I’d be glad they were comfortable doing it in a safe environment, around someone they could dialogue with if it wasn’t so safe. BUT YEAH. Lewis Carrol wrote Alice in Wonderland on drugs and I wanted to write my own Alice in Wonderland.

Peter Pan was written in Farnham and when I first started getting unwell (in Farnham), I kept feeling drawn to jumping out of my window and I looked behind me and saw the shadow of a person in a Peter-Pan hat sitting on the top of the chimney of my apartment block. My guide keeps telling me that if I had I’d of levitated. I didn’t because in the weirdest way ever, Tintin (the Chihuahua I associate with – absolute sincerity – with Anubis and Toto from Wizard of Oz) kind of begged me not to. Also I recall a thought “It’s going to get better”.
Panstheism. Ha. If you’re one of the lucky people that can view my memories you’ll be able to see him too. I know there are a lot of you.
Okay wow I needed a moment there cos I made sense of a few things I hadn’t previously.

I have quite a sense of humour about my knees dislocating because I can’t be bothered with people who whinge (I do often sound like I’m whinging but I am writing about my life experience, and you have a choice whether or not to read it – negative conversation is draining.) but as you can see here – my knee caps back to the side of my leg again.

That is not where your knee is supposed to sit. Can you imagine the feeling of your bone abruptly scraping to the side of your leg, pulling all sorts of veins and arteries and things?

This happens when people who shouldn’t be sharing energy: share energy with me. I know who it was. It’s unimportant.

One time – an ex of mine was joking about it happening to me – well, no – he was specifically laughing at a series of leg related unfortunate incidents. When I was learning to walk, I had to wear my shoes on opposite feet. So left shoe, right foot. People were occupying me as a little child.

Later in life my knees started dislocating and I had to wear a leg brace (he gets away with his jokes because he’s hilarious) and he was imitating Forest Gump’s “MAGIC LEGS” scene as he descended his staircase and I heard an “AAAAH” and a bang and apparently for the first time in his life, his own knee had dislocated.

A physiotherapist once told me that the reason I had a problem with balance was because my brain literally couldn’t figure out left from right. Which is dyspraxia.

People like me get lied to pretty compulsively about it but it will all come out as fact. It’s the result of people choosing compulsive liars to be parents.

This morning (Oh. Okay I just checked and apparently it’s technically still morning) I embellished my – I think Claire’s Accessories – white bow with some studs I bought off Amazon.

I decided I prefer the little fastening hooks on the back to the studs in the front. That sounds like some strange metaphor but it’s not. I don’t know how to otherwise write “I like the appearance of four pyramids facing one another” These are icecream cone pyramids. That is not the laymans term it is the pro term. I had to google “laymans” and apparently it means the opposite of what I had previously thought.

My favourite books. I bought them off Amazon. I have bought both of these books about five million times throughout my life. Maybe just three or four.

One time I sat with a blonde girl in a psychiatric ward (we totally had a brief and super cute romantic thing) and she underlined her favourite bits in my other copy of the Book of Night Women. I think it’s in storage.

I went to Five Guys at 11PM last night.

I got a double cheese burger with onyon and a double cheese hotdog with tomato. If it does not have double cheese it’s not worth eating. I like fancy cheese – a lot – but I will always choose plastic wrapped singles over fancy cheese. It is not an environmentally friendly culinary choice but I believe that it’s people like me that give scientists incentives to make epic discoveries. (FYI – I’m not discouraging you from recycling and stuff, actually I generally think most people are better off not being like me. But also there needs to be people like me on this Planet because well behaved and conscientious people get bored without terrible and selfish people like me.) (Actually I do a meditation that encourages people to be selfish but not at the expense of people that you love a lot/care about etc.) (Okay wait – I am kind to animals and people and make them feel beautiful and loved and special and so imo, I do balance that out – because people that feel that way about themselves are the best at changing the Planet.)